skip to main | skip to sidebar

There's a line in the song One Power by Daniel Nahmod that reminds me of the time that strikes me as the defining moment in our lives together: "It's the anger we abandon for it's love that's most deep."

We didn't argue much after the first couple of years together. Neither of us often got really angry, but you were really angry that day. I can recall the argument, the very real difference of opinion: I had let a newcomer use my rifle at a Rockford match, and you were furious. You were worried that they would mess something up right before the Midwest Regionals, and I thought I was just being a nice guy. You were seriously upset. I remember realizing that it mattered so much more to you than it did to me, and so I just let go.

Yeah, I just let go. I told you that I wouldn't do it again because it mattered more to you that I not do it than it mattered to me that I did. Seems simple, but in the heat of an argument, I'd never backed down before. I'd have argued for my right to do whatever the heck it was I wanted to do. Something in me had changed. I abandoned the anger for the love that was so much deeper. And it was an incredible feeling because I recognized what a huge step it was.

You kept arguing with me for a minute, got a rather quizzical look on your face, and I said, "You're more important to me than this choice will ever be. I love you."

So often, I cared more about winning than about the person I was arguing with, I didn't even check in with myself to ask if winning the argument was worth the feelings of either party. Sometimes it is. There are definitely times when standing your ground is critical. I just need to make sure that I know the difference. I didn't, for many years.

In retrospect, the funny thing about the situation was that most people would have thought that our positions would have been reversed because you were the good guy and I was the hard-ass. In private, we shared each side of that coin, but to the public you were heads and I was tails, neither really letting the world see our vulnerabilities.

You died five months after this argument, on March 3rd, 2003, seven years ago. Seven years! Once again I've allowed the date to sneak up on me. It explains the unexpected emotionality.
The thing is, you taught me how to love and the value of being loved. I miss you, Ogeez.

.
Posted by calamitynan at 2:28 PM No comments:

My daily card today said, "Follow your bliss." As I thought about bliss I was taken to three places: Diamond Lake, Libertyville Arts Center, and Jimmy. Bliss was swimming with the sun beating down and the pier out in front of me. Bliss was hanging out with friends and learning to create at the Libertyville Arts Center. Bliss was playing at life & being the tomboy with Jim at my side enjoying it all as much as I did.
I don't know how to follow a bliss that already occured. Do I try to invent similar circumstances? I guess I need to try new things until I find the things that spark bliss-filled energy. Okay ... Here we go!
Posted by calamitynan at 6:41 PM No comments:

Odd how life can be very nice but the thought still crosses your mind that death would be fine as well.

Not suicide, just death. Oh for sure I'd like to choose the least painful manner, but dying holds no fear for me. I don't think I care. Of course my caring hasn't been challenged either.

For many months after Jim died I was terribly jealous of people listed in the obituaries that were around my age. I was especially jealous of dead women that hadn't made it to 55 years old.

Jealously doesn't occur anymore, but curiosity does. I can't fathom why I am still here. I don't do anything that is life changing. I don't vigorously defend my views. I don't think I make anyone's particular life better.

I'm your garden variety person ... just plugging on, not making a difference.

This isn't a pitiful feeling to me. It is what it is. I read, work, play, & enjoy life much of the time, but I still miss the bond that Jim and I had.

For some reason I have absolutely no interest in dating. I have never said I wouldn't get married again, but I have always said that it will be difficult to find something so fundamentally good as the partnership I had with Jim. Lightening rarely strikes the same place twice.

Notice I said rarely, not never.
Posted by calamitynan at 8:00 PM No comments:

Writing a blog about past journal entries and reflections upon reading them later might seem a bit strange, but I picked up the journal this morning for the first time since I started writing it and it was so interesting to step back in time and peek in the window of my past.

I begin with the first journal entry after my husband's death five years ago.

Monday, 7 days AD
Yesterday I was quiet enough to realize that Jimmy is walking right with me. He'll be there every step I take. That gave me some calmness.
Scott and I threw away some stuff and organized some other stuff. We watched a stupid movie. I finally slept without a pill and without daylight.
Don called. He was very sweet. Told me that the visitation was really nice and that I did good. I really needed that.

That's it. Weird to find out that I'd not slept well. I thought I'd slept fine ... surprisingly fine. I remember crying while laying down, holding my dog Lena. She was quite tender, letting me hold her close for hours without so much as a wiggle. Amazing the senses of our animals.

I remember no calmness only oranges, tears, and shock. I was talking with my daughter today about finding the journal and as we discussed that time, she offered her perception of me at the funeral as having been so together as I related stories and introduced people.

My memory of the funeral was crying ... endless crying. I had no idea that anyone could have thought I had it together.

I shared with her how I didn't know what to do at the funeral home. I was looking to others for ideas, but no one stepped up and took over, so I just kept moving forward. I chose a visitation so that Jim's many friends would have closure. His death was so sudden that I knew without a formal goodbye, many would have trouble believing it to be true, including his sons.

Christi (my daughter) gave me a gift today. She told me that all of my actions, that she observed that day, were clearly successful in making that it about friends and family. (And here I'd thought I'd just cried!)

It's a shame that Jim's brother Don hasn't called or spoken to me since that day. I don't know why. I think I called once, but that was it.

Jim's mother said many hurtful things in the beginning, but I continued to share things with her as I went about the business of grieving. After a bit I quit calling her. It took quite awhile, but then I decided it didn't seem worth it to try to maintain a relationship only to have her say & do hateful things.

Jim's youngest son stays in touch regularly and keeps me up-to-date on everything that's going on in the 'O' clan.
Posted by calamitynan at 7:55 PM No comments: 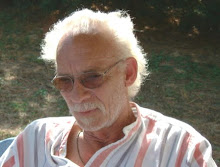